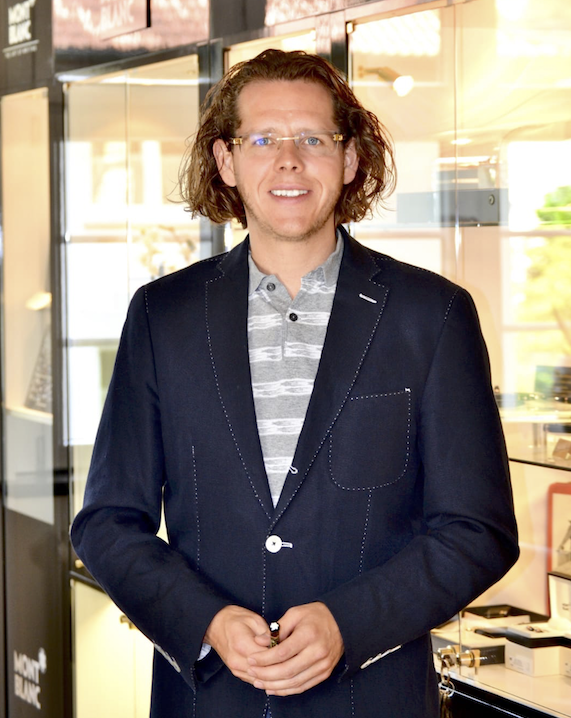 The history of handelshaus Rheinländer began on 24.10.1999. At the age of 15, the founder Michael Rheinländer acquired his first fountain pen from Montblanc: a Meisterstück 144 in the colour black. Even before the acquisition of the Meisterstück, Michael had a deep interest and fascination for fountain pens and in particular the Montblanc brand.

The first purchase was not only the fulfilment of a dream, but also the starting signal for a personal and later also professional passion and success story.

After Michael Rheinländer was now completely set on fire by the myth of Montblanc, he began to buy, prepare and collect various writing instruments of the brand at flea markets. What was particularly fascinating about Montblanc was that the founder was not aware of any luxury segment in which the market share of a single brand was perceived as high as in writing instruments.

In addition, the question arose as to what kind of buyers are willing to spend six-digit amounts on a writing instrument. Seized by curiosity, a first trade in Montblanc products was created on the online marketplace Ebay. Immediately after the first sales, it was clear to Mr. Rheinländer: Montblanc writing instruments are almost invariably bought by very successful people. This confirmed the pre-formed opinion that arose as a result of the fact that lawyers, doctors, tax consultants, entrepreneurs, etc. always sign Montblanc fountain pens in various television films as well as television series. During further research, it was found out that even the German Bundestag is equipped with the high-quality products and that all state treaties are signed exclusively with Montblanc writing instruments.

Since dealing with these special customers was a lot of fun and the founder found the clientele to be very pleasant, he intensified his trading activities. Through various contacts, he got to know a well-known jeweler from the Ruhr area which acts as a concessionaire for Montblanc. From this first acquaintance a close cooperation arose, whereby on 01.01.2005 the professional trade with the most expensive mass-produced writing instruments began, in the ancillary trade.

Due to the passion of the founder and the almost invariably positive feedback from customers, the Handelshaus Rheinländer was quickly transformed into a main business. In January 2015, the business premises, including a showroom, were moved into in Ravensburg. The Handelshaus Rheinländer is happy to receive its customers there in person, by appointment, and present the offered product range live. "It is always a great pleasure to get to know my customers personally and to share with them the myth of Montblanc and the timelessness of high-quality writing instruments, as well as to give my customers a lifelong, loyal companion in the form of a writing instrument," affirms Michael Rheinländer. After many successful financial years, it is more important than ever that it is the customers who make the Montblanc brand what it is perceived as today: elegant, luxurious and timeless.